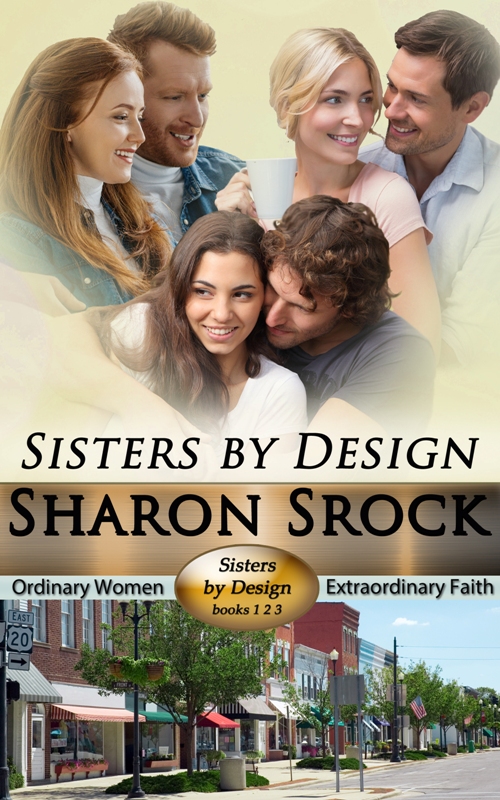 Mac
After separating herself from the oppressive cult where she was raised, Mackenzie Soeurs has two dreams: to give her son Riley a better life than she had, and to live in peace, as far from the harsh God of her past as she can get. At least that was the plan until her son got hauled to jail for theft and she lost the mother she never truly understood. In the darkest moments of her life, Mac finds herself surrounded by a group of Christian women she can't understand and a handsome man, willing to take her son under his wing.

Dane Cooper, Garfield's former bad boy and groom left at the altar, can't deny his initial attraction to Mackenzie. Neither can he resist the urge from God to mentor her delinquent son. How can he guard his battered heart and still give Riley the same second chance he was given?

When Jesse, Charley, Randy, and Alex signed up for Mac's first fitness class, they were looking for someone to whip them into physical shape. What they found was a woman bound by a cruel history, suffering through a tragic present, and in desperate need of a friend…or four.

Randy
Her soft side is buried deep…
After surviving a traumatic childhood, Miranda Franklin grew up tough, fast, and convinced of her inability to ever nurture a child. Eli Page is the only man to earn Randy's trust. For him, she will face her worst fear—spend a day caring for his granddaughter. When the unthinkable happens, Randy realizes she's the same as her mother was—a monster.

How can he choose…?
Widower Eli Page devoted the last fifteen years of his life to raising his daughter Celeste. Now it's time for his happiness. His future. But six weeks before his wedding to Randy, Celeste skips town, leaving her one-year-old daughter for Eli to raise. Randy wants no part in raising a child—but how can she expect him to turn away his own granddaughter?

Will their happily-ever-after fall apart?
With their wedding day looming, can Eli track down his runaway daughter? Can Randy discover the truth about herself? Will Randy and Eli find a different future than what they expected—a better one?

Charley
A MOTHER'S WORST FEAR
Charlene Hubbard wanted the dream—a loving husband, a fulfilling career, and a few kids. When it looked like she'd have to settle for two out of three, God dropped a child into her empty arms. For fifteen years Charley kept the secret of that adoption close, fearful that the truth would make her less of a mother in the eyes of the child she loves.

A CHILD'S WORST NIGHTMARE
Kinsley Hubbard has lived her whole life under the shadow of a secret. The shadow dissipated in the harsh light of truth the day she opened an Instagram message from a new friend. "You're adopted. Ask your mother about her old college friend." What are you supposed to do once you find out your whole life has been a lie?

CAUGHT IN THE MIDDLE
Fifteen years ago, Melissa Emmerson gave up her daughter with no intention of ever looking back. Now she needs a kidney, and she's caught between an old friend and a husband determined to do whatever it takes to save her life even if it means destroying the family Melissa helped build.