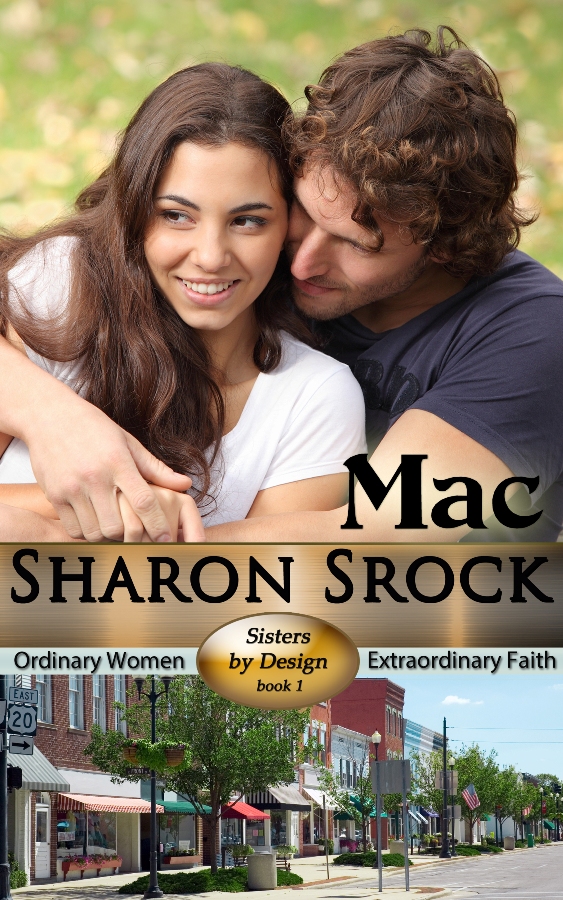 After separating herself from the oppressive cult where she was raised, Mackenzie Soeurs has two dreams: to give her son Riley a better life than she had, and to live in peace, as far from the harsh God of her past as she can get. At least that was the plan until her son got hauled to jail for theft and she lost the mother she never truly understood. In the darkest moments of her life, Mac finds herself surrounded by a group of Christian women she can’t understand and a handsome man, willing to take her son under his wing.

Dane Cooper, Garfield’s former bad boy and groom left at the altar, can’t deny his initial attraction to Mackenzie. Neither can he resist the urge from God to mentor her delinquent son. How can he guard his battered heart and still give Riley the same second chance he was given?

When Jesse, Charley, Randy, and Alex signed up for Mac’s first fitness class, they were looking for someone to whip them into physical shape. What they found was a woman bound by a cruel history, suffering through a tragic present, and in desperate need of a friend…or four.

This website uses cookies to improve your experience while you navigate through the website. Out of these, the cookies that are categorized as necessary are stored on your browser as they are essential for the working of basic functionalities of the website. We also use third-party cookies that help us analyze and understand how you use this website. These cookies will be stored in your browser only with your consent. You also have the option to opt-out of these cookies. But opting out of some of these cookies may affect your browsing experience.
Necessary Always Enabled

Any cookies that may not be particularly necessary for the website to function and is used specifically to collect user personal data via analytics, ads, other embedded contents are termed as non-necessary cookies. It is mandatory to procure user consent prior to running these cookies on your website.